Helping to better serve the MDS patient and caregiver community globally through optimal care for all MDS patients worldwide
Get a copy of “Out of Shape” by Bergit Kuhle: an autobiography of life after an MDS diagnosis

“Out of Shape”, written by MDS-patient Bergit Korschan-Kuhle, is an autobiography illustrating life after an MDS diagnosis.

The book describes her experience of living with the disease, her coping strategies as well as her work as a patient advocate.

It is also an invaluable source of information for patients, as Bergit tells of her 15 years with MDS, and how the understanding of the disease has evolved, while remaining still, an incurable disease.

If you would like to read “Out of Shape”, please email dmurray@mds-foundation.org
Thanks to the International MDS-Foundation the book is FREE OF CHARGE ! 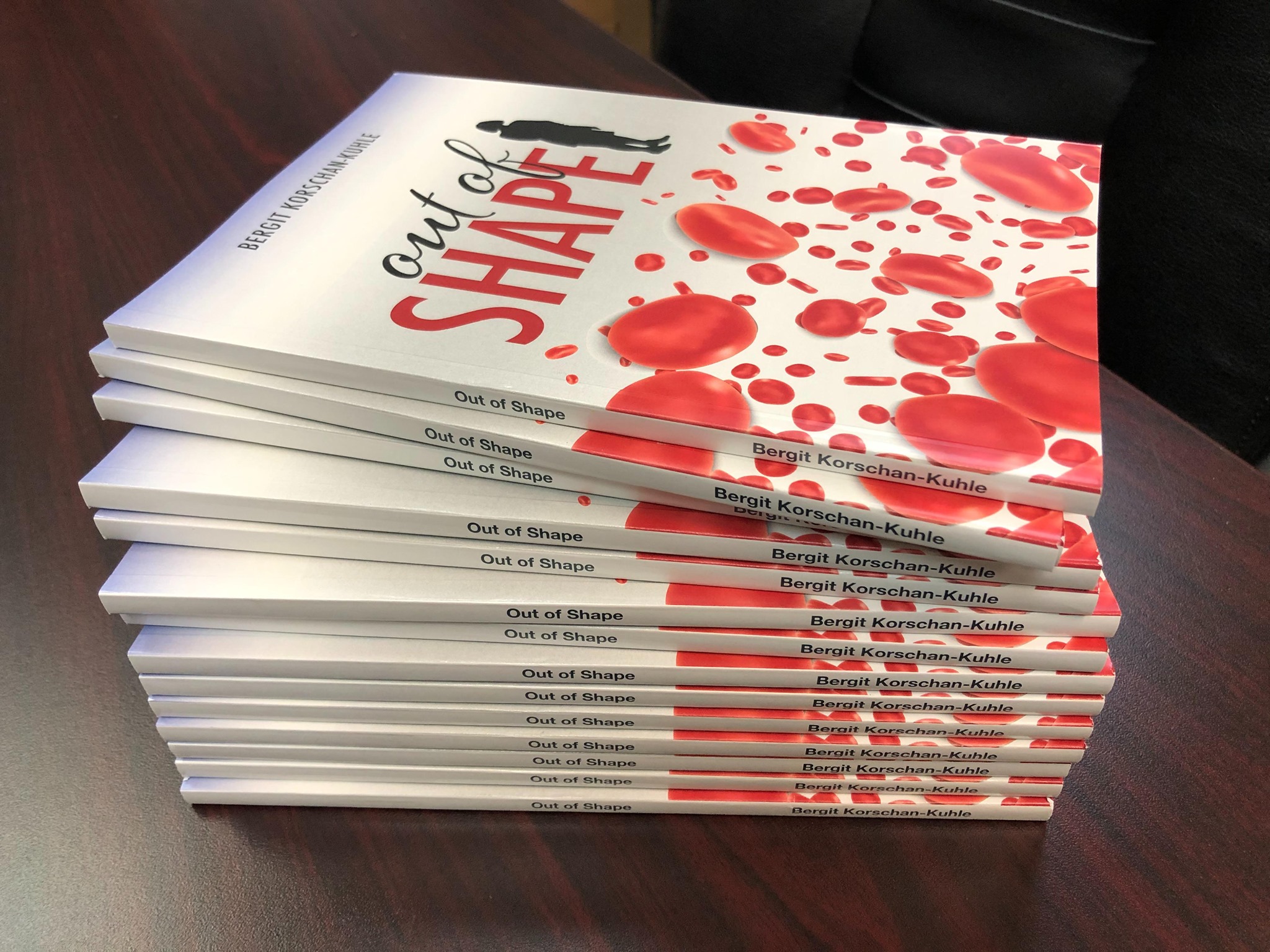 READ BERGIT’S INTERVIEW ON DER SPIEGEL, ON THE CORONA CRISIS AND ITS IMPACT ON MDS PATIENTS

An interview by Annette Bruhns, first published on Der Spiegel on the 8.08.2020

Bergit Korschan-Kuhle has had cancer for 15 years and knows the consequences of the corona crisis for patients: the fear of failing therapies, the loneliness without visitors. Here she explains what matters to those affected.

SPIEGEL:  Cancer patients are considered to be particularly at risk in the pandemic because their immune systems are often weakened by the treatment. How would you describe their situation?

Bergit Korschan-Kuhle: Corona threatens cancer patients on several levels. In order to be able to withstand their life-threatening diagnosis, they need an external safety net: such as reliable drug therapies and psychological support. Now many are unsure: is their therapy in danger of being postponed, for example, because medication may not cross closed national borders? Is the progression of your disease being monitored closely enough? For example, I need blood supplies every twelve days. The range of blood products across Europe has decreased by 30 percent. At the moment there is only one to two days reserve, instead of the usual three to four. It’s not just about whether a deficiency really occurs, but also about the fear of it.

SPIEGEL: Will operations to remove tumors also be postponed?

Korschan-Kuhle: I’ve only heard of isolated cases. As patient representatives, however, we also lack data because the data transfer between the clinics and the German Cancer Registry is incredibly slow.

SPIEGEL: What can doctors do to address patient uncertainty?

Korschan-Kuhle: Corona caught us all off guard. The medical staff is not trained for crisis situations, and the masks make understanding communication difficult. The security that doctors can normally give: This is the second pillar that has collapsed. The third is the support of family and friends. Due to the ban on visitors in the hospitals, contact is disrupted. I notice this in myself: for the first time in a long time, as a cancer patient, I feel insecure again.

SPIEGEL: You have been suffering from myelodysplastic syndrome (MDS), a form of blood cancer, for 15 years. What effects did Corona have on yourself?

Korschan-Kuhle: At first I had insomnia. I kept worrying. Then I realized that watching too much TV coverage wasn’t good for me. Since then, I’ve been watching fewer Corona specials. My coping strategies are slowly starting to work again: I am suppressing cancer. And not in such a way that I deny it, but I look at it from the outside, as it were. And also by being well informed. MDS is a very complex, acute disease that, in my case, has remained stable. Nobody can tell me whether it might develop or whether real leukemia will break out. 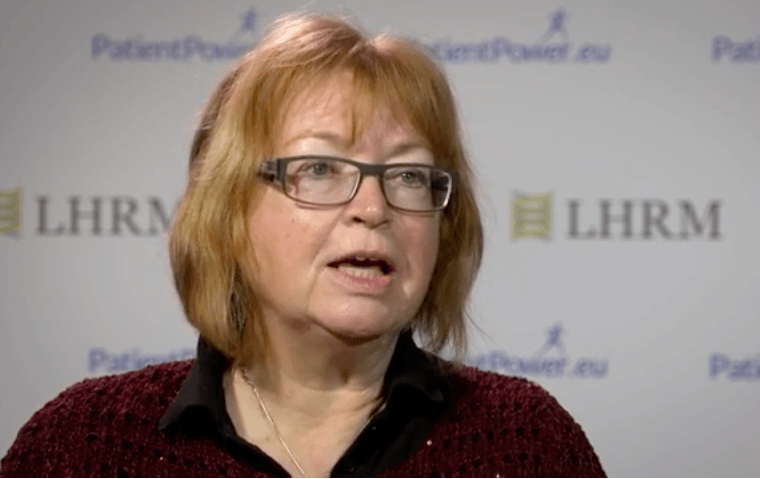 Bergit Korschan-Kuhle, is a member of the board of “Leukemia and Lymphoma Aid Rhein-Main”. Since last year she has been spokeswoman for the patient advisory board at the University Medical Center in Göttingen.

SPIEGEL: What has changed during your hospital visits?

Korschan-Kuhle: Anyone who comes to the Göttingen University Hospital for a transfusion, chemotherapy or radiation treatment must now go through four security levels. At the first counter, symptoms are asked and fever is measured; the next, corona swabs are taken, until recently every two weeks, now every four. I had my tenth test the day before yesterday. Only then are you allowed to register for the day clinic and then for treatment. Occasionally you have to stand in line.

Korschan-Kuhle: Yes, it is, but I think it’s very good. Most cancer patients accept these measures without complaint, as they are there to protect them.

SPIEGEL: The German Cancer Society surveyed 146 patients and 47 doctors in mid-April. Many feared long-term consequences due to the emotional stress that Corona has caused. What does that mean?

Korschan-Kuhle: It is particularly bad for patients who are diagnosed with a tumor for the first time. The doctor and patient understand each other poorly under the masks. There are many who speak indistinctly or softly. I know of doctors who, in their desperation, even refrain from wearing masks in educational discussions because otherwise they would not be able to read the facial expressions of those affected. This often shows their feelings and concerns much better than words.

SPIEGEL: In the study, almost all of the oncologists surveyed said they were worried about the mental health of their patients. Loneliness troubles them.

Korschan-Kuhle: I can confirm that. Visitors are strictly forbidden, especially on the cancer wards of the clinics. You are only allowed in with a special permit. Relatives or friends are not only missing as emotional supports, but also in terms of very practical care. Many patients are in too much pain and too weak to be able to make decisions on their own. They cannot communicate their needs. That is extremely stressful. In addition, the entire patient advocacy system has collapsed.

SPIEGEL: What is it about?

Korschan-Kuhle: Patient representatives are comparatively new in Germany. State laws provide for patient advocates in various parts of the health care system. University clinics are increasingly being certified according to whether they have a patient advisory board. At the beginning of the crisis, patient involvement in various bodies has rarely been required by other stakeholders. The lockdown is over, but patient organisations are still not called in when decisions are made about new studies. Clinical studies should not only serve the needs of doctors or pharmaceutical companies, but above all those people affected. Politicians must ensure that patient representatives are involved again.

SPIEGEL: Do you have any other demands on politics for cancer patients?

Korschan-Kuhle: We definitely need more nursing staff! Nurses could cushion many fears. And we need digital devices that patients can use to talk to their relatives or doctors. But hospitals are at least as poorly digitally equipped as schools. We also need an electronic medical record.

SPIEGEL: Don’t you have any concerns about data protection?

Korschan-Kuhle: I have concerns that people know far too little about their own clinical story. German patients have to become more mature. At lectures I often say: If your car is broken, don’t go to any handyman, but to a specialist workshop. However, medical reports must be understandable for the layperson. The EU has been stipulating this for a long time, but implementation in this country is slow.